The Cape Cod home's iconic and timeless design grew out of necessity, efficiency, and the harsh New England winters that greeted colonists as they arrived from Europe. The typical balanced front facade, centered on a large fireplace that provided necessary heat for cooking and warmth have been commonplace  features for centuries in our area.  Take a ride down Rout 6A and you will see several examples, many of which were built in the late 1600's and early 1700's.

Even today, as we design and build custom homes for our customers on Cape Cod, we still use the same proportions, and design details in many of our new homes, especially in the Old King's Highway Historic District. Many home designs you see all over the country are simple modifications of the classic Cape Cod design, with different dormers, window sizes or even slightly enhanced roof lines and trim.   If you are interested int he actuall history and evolution of this design - Below is an article from Yankee Magazine  with more information.

Real Estate versus Stocks and Bonds

Has the stock market gotten your attention yet? The recent downward nature of global stock markets have many people wondering if their investments are in the right place.

Advisors often speak of having a "blanced portfolio". Where does real estate fit in? You may own a house, but what about a second home? Or an investment property?

Here's some good insight into why real estate may be a great addition to your portfolio:

Why real estate may be a better investment than stocks 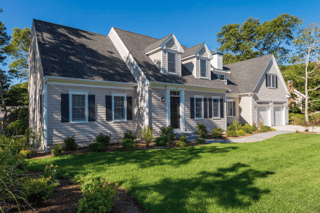 Real Estate versus Stocks and Bonds 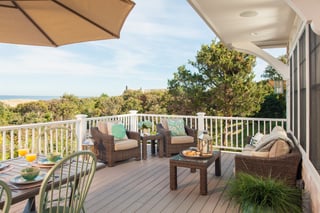 Fall is coming - Fireplace Ideas for your Cape Cod Home

As summer makes it's exit and we experience the first round of cool nights here on Cape Cod, our thoughts go towards fall evenings in front of a warm fire.  There are literally hundreds of options on the market for fireplaces for your new custom home, and if you are thinking of building a home, renovating or an addition, you should definitely see what is available.

Considerdations for style, fuel type (gas or wood), location, and even outdoor fireplaces are all things to look at when planning your Cape Cod home project.  A nice idea is to have a fireplace in the master bedroom, which can enhance the style, cozy feel and ambiance of your new master suite. Click below to see 50 fireplace designs for your Cape Cod Home 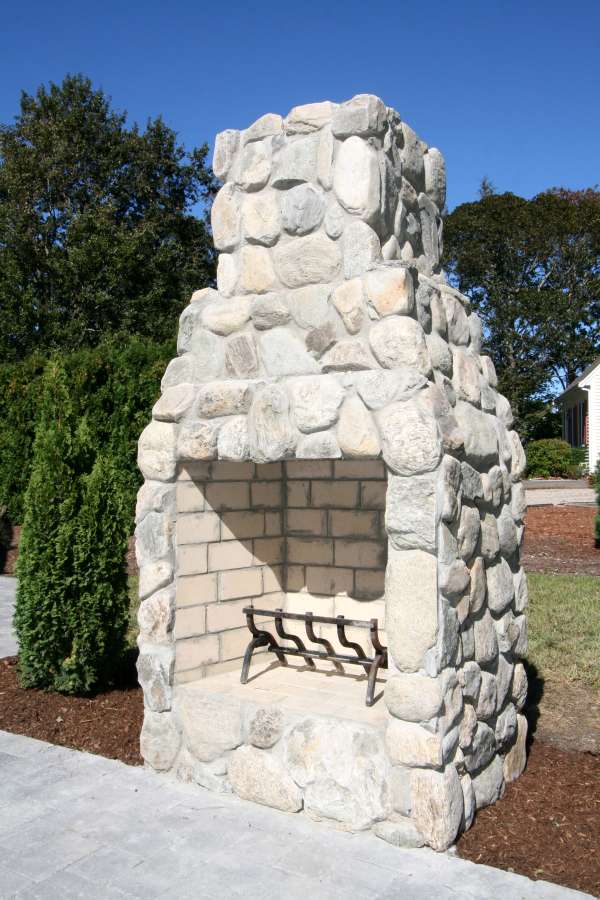 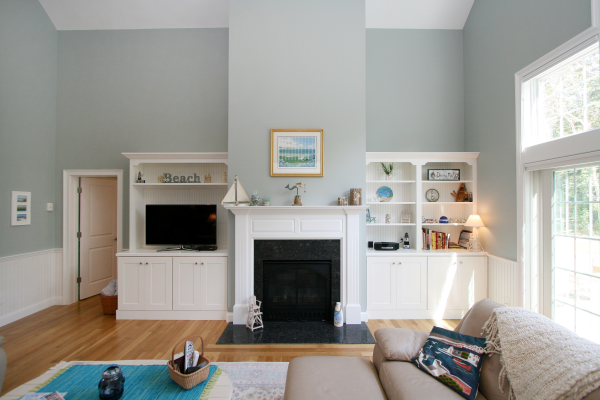 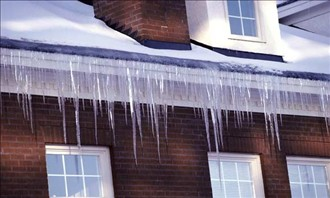 Now that we are in the dead of winter, there are still opportunities to do maintenance on your Cape Cod Home.  This is a great time of year to identify leaks, drafts, or other issues that arise with the cold weather.  Some of the biggest potential risks at this time of year are leaks from ice dams, or frozen and broken pipes.  Take some time to walk through your attic and basement spaces and seek out potential drafts and seal them with foam.  Even a small amount of preventative maintenance at this time of year can save you from a very expensive repair!

If you are heading south for the winter, and leaving your Cape Cod Home unattended, this is a good time to confirm all of your contact information with your homewatch or alarm service company.  Another inexpensive option is to have either a freeze alarm or water sensor installed to quickly identify a potential freeze or leak as soon as possible.

Good news continues in the Cape Cod and Massachusetts Real Estate markets! Here is another update from the Massachusetts Association of Realtors

There were 3,685 detached single-family homes sold this October, a 22 percent increase from the 3,017 homes sold the same time last year. This is the 16th straight month of year-over-year increases. The October condominium market was up 34.8 percent compared to the same time last year. (from 1,056 units sold in 2011 to 1,423 units sold in 2012). This is the 15th month of the last 16 that condominium sales have been up.

Inventory and Days on Market:

The inventory of single-family homes as of October 2012 decreased 23.5 percent from October 2011. This was also the largest single month year-over-year decrease since MAR has been tracking this data.

The inventory of condominiums on the market in October was down 32.2 percent compared to the year before.

So far, it looks like 2012 will be the start of the rebound for the real estate market, and as you know, demand will continue to increase. If you are considering Building, Remodeling or Renovating your Cape Cod Home, please CONTACT US today!

At a conference held on November 13, 2012, Governor Patrick announced a new plan to promote construction of 10,000 new units of housing annually.  This "Compact Neighborhoods" plan supports smart growth and higher density development in areas where it makes sense, i.e., near jobs, or transit centers. Along with the renewed focus on development, there was also a focus on providing a more streamlined and predictable permitting process for residential projects, which was written into the jobs bill that was passed in August.  This sort of positive attitude towards housing from the state level can only serve to help all of us in the Home Building industry.  Housing and development are major sectors of the economy on Cape Cod, and it is nice to see government leaders taking positive steps towards recovery!

New Home Construction on the Rise

The Commerce Department released it's September statistics for new home starts and building permit activities.  New Home construction was up 15% from August, and building permits are rising at the same level.  The level of activity in September signifies an 82.5% increase from all time lows seen in 2009! So what does this mean for your New Home, Renovation, or Remodeling project on Cape Cod? Well it means demand for qualified and experienced contracting services is on the rise, and that material prices will be on the move as well.  Since last year at this time, REEF has witnessed an 8% increase in construction materials prices for the average home.  So if you have been thinking of Building, Remodeling or Renovating on Cape Cod, now is a great time to start and take advantage of still low costs and low interest rates! Here is the full article from Yahoo Finance: Construction Starts Up

If you are thinking of starting your project click here to see how we can help: 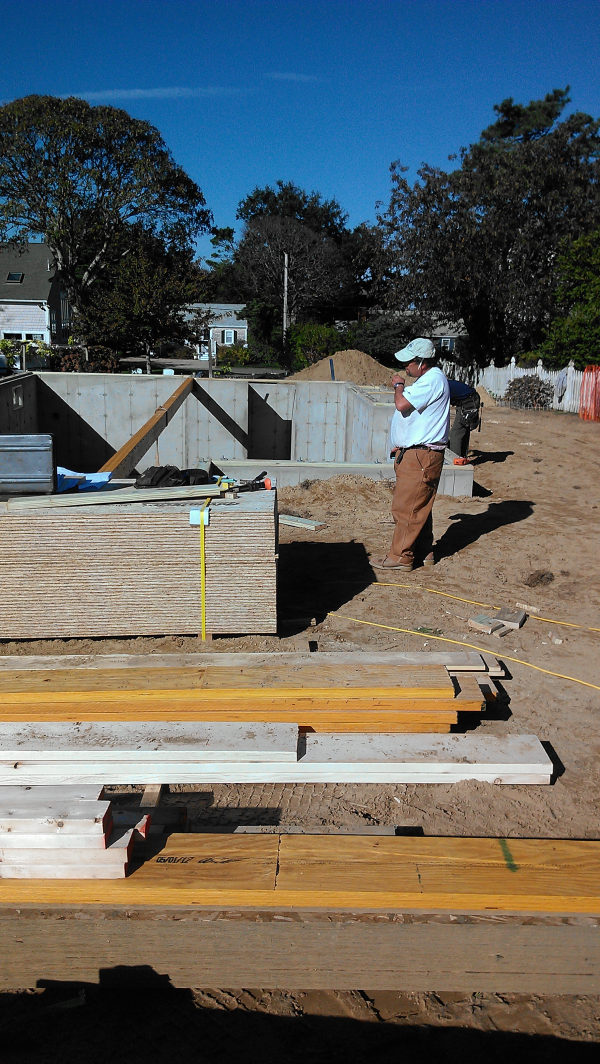 This is an interesting time in the Building, Remodeling, and Renovation Business on Cape Cod and across the nation! Prices have been very low for the last 4+ years, and all indications are that the recession is nearing an end.  Labor and material prices are still at historic lows, but that trend is seeing an end...  If you are thinking of Building a New Home, Remodeling, or Renovating on Cape Cod, then you must download our Fall 2012 Guide: Why Build Now!.

Prices for existing homes have continued to rise this summer.  July marked the 5th consecutive monthly increase for year over year sales data.  This is good news and shows continued strength in the housing market.

As a custom home builder on Cape Cod, many of REEF's customers are selling their existing homes to  retire here on beautiful Cape Cod.  With low interest rates, and rents on the rise, the housing market has begun a consistent upward trend, allowing people to sell their homes at a higher price.  The favorable interest rates also help the construction / renovation market as construction loans are also available at similarly low rates.  If you are thinking of building a new home on Cape Cod or Renovating your existing home click here to find out what it might cost:

Here is the full article from residentialpros.com: Home Prices on the Rise

On Cape Cod, everyone always thinks of shingled, traditionally styled homes.  However, there are a number of modern-styled homes, especially on the outer Cape. Custom Home Builders often look to modern styling to identify trends, and new and innovative ways to use materials. We came across this slideshow of homes that recently won the George Matsumoto competiton for modern design in California.  These homes are stunning, innovative, and remarkably simple in their form. Click Here to view the slideshow:

If you are thinking of designing a modern home, please contact REEF today... and see what we can do for you! 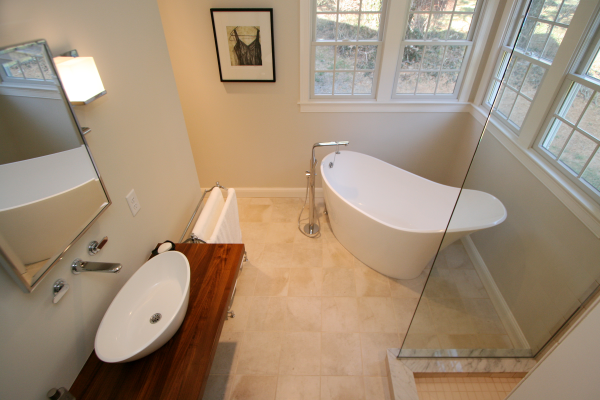