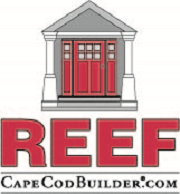 Many people are surprised to learn how much it costs to build a house on Cape Cod. One of the cost drivers has been accommodating the "Wind Borne Debris Zone" with Impact Resistant Glass.

This special zone extends approximately 1 mile inland from mean high water, which includes thousands of Cape Cod homes. The current building code requires any glazed surface (a window or glass door) to be constructed of Impact Resistant Glass (IR Glass), or to have plywood cut to size and available with fasteneters to cover the glazed surface.

IR Glass almost triples the cost of an installed window. Ouch! So this requirement has been a significant comp0nent of the increased cost of building on Cape Cod.

Coming in 2016, the new Building Code is reported to have eliminated the IR Glass requirement:

So...there is hope that the rising cost of materials to build a home on Cape Cod may stall a bit, especially when you don't have to spend $1,000 for a simple window!